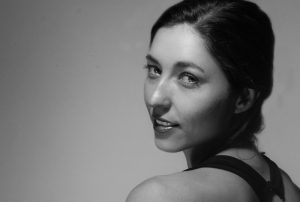 Llany Arias is a young Mexican composer and singer. She started her career producing  2D animation with Huevocartoon Studios at Mexico City. Aditionally, her interest in music drove her to pursue it formally at the National Music University of Mexico. In 2013, she won a scholarship to study Indonesian Music in ISI Yogyakarta. In keeping with her study of traditional music, her areas of interest lie in the combination of world music and vocal experimentation. She continued her study of music at the Centro Morelense de las Artes in Mexico, and in 2017 she completed her Masters in Film Composition at the Escuela Superior de Música de Catalunya, Spain, recording the music for an animated short film with the Bratislava Orchestra. She has composed lyrics and produce music for short animation films, jingles, documentary, singers and personal projects. She worked in the production of Klaus, a 2020 Oscar–nominated animation film, produced by Netflix at the Spa Animation Studio in Madrid. She recently worked in the production of a HBO TV series “30 Monedas”.  She is currently composing children´s songs for a Javanese Gamelan in Yogyakarta, Indonesia as well as popular songs for several projects and singers.